Expanding to Meet the Needs of Industry

Canadian Rail Equipment Works and Services Inc. was established in 2012.

Since then, we have expanded to offer railcar storage, switching services, and transloading services, among other freight rail services.

As CREWS continues to expand its range of services, we expect to take on new employees to be valued members of our team.  For current opportunities, please visit our Careers page.

CREWS is currently in process of developing a new railyard located in Johnstown, Eastern Ontario.

Phase one of construction was completed in 2019 with the benefit of rail car accommodation spaces. Phases 2 & 3 were completed in 2020 with the benefit of propane and road fuel transloading areas. The first 3 phases of construction have been completed, which bring existing capacity to a total of 550 railcars, 3 mobile fuel transloaders, and a few transloading tenants with their
own infrastructure.

Construction is under way to expand rail car storage capacity with an additional 450 spaces, and a new dry goods and cross-dock transloading area. 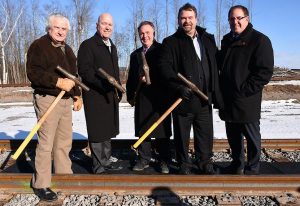 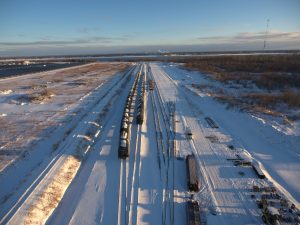 Greenergy announces its investment in another new rail-to-road fuel supply terminal, to be located in Johnstown, eastern Ontario. This will allow Greenergy to further expand 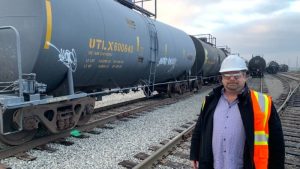 Published in the OTTAWA BUSINESS JOURNAL December 1, 2020 In retrospect, an armed invasion probably wasn’t the best way for Clayton Jones and his fast-growing


With over 33 years' experience in the rail industry, Clayton began his career at St. Luc Diesel Shop in Montreal for CP Rail and from then became Mechanical Supervisor with Ottawa Central Railway. His passion for rail and supply chain logistics ultimately led him toward business ownership when he saw the significant potential that a service and storage site could offer a rapidly growing supply chain. With the purchase of 96 acres of land in 2016 in Johnstown, CREWS and Jones Rail Industries began its journey. As President and CEO, Clayton now employs over 65 people directly and indirectly supports hundreds of other supply chain jobs across Canada. With the Johnstown terminal approaching full capacity, Clayton is focused on service excellence by complimenting the class 1 railroads in a safe and efficient manner. With a vision for growth and building connections for customers in key sites across Canada, future plans include additional yards in Ontario, Quebec, and the United States. Known for his industry knowledge and a commitment to long-term business relationships, Clayton is proud of the work his employees at CREWS and Jones Rail Industries do in support of Canadian trade, jobs, and as contributing members of their communities across Canada.


As CFO of both Canadian Rail Equipment Works and Services Inc. and Jones Rail Industries Ltd., Jesse has been closely involved at the core of both organizations since 2016 at the inception of the CREWS Johnstown, ON Railyard Facility. With an origin rooted in railway and supply chain systems, Jesse has applied his expertise in financial management, management of organizational structures and corporate strategy to pursue synergies for supply chain users across various industries.

As Vice President of Business Development & Strategy for Canadian Rail Equipment Works and Services Inc. (CREWS), Tiffany responsibilities include leveraging our strategy on growth and new business development, while overseeing all sustainable practices. Tiffany also ensures the CREWS corporate values are well understood by employees while being embraced and put into action to exemplify leadership and partnership with our stakeholders, customers, and projects within the organization's strategic platform. Her responsibilities also include implementing the CREWS vision through project analysis, performance measurement and quality improvement by engaging directly with stakeholders, investors, and government officials. She Leads in streamlining and resolving supply chain issues throughout Canada by spearheading our vision for transload facilities to customers, suppliers, and stakeholders across business sectors. 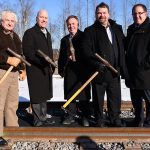 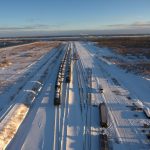 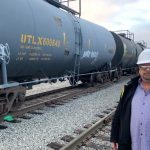